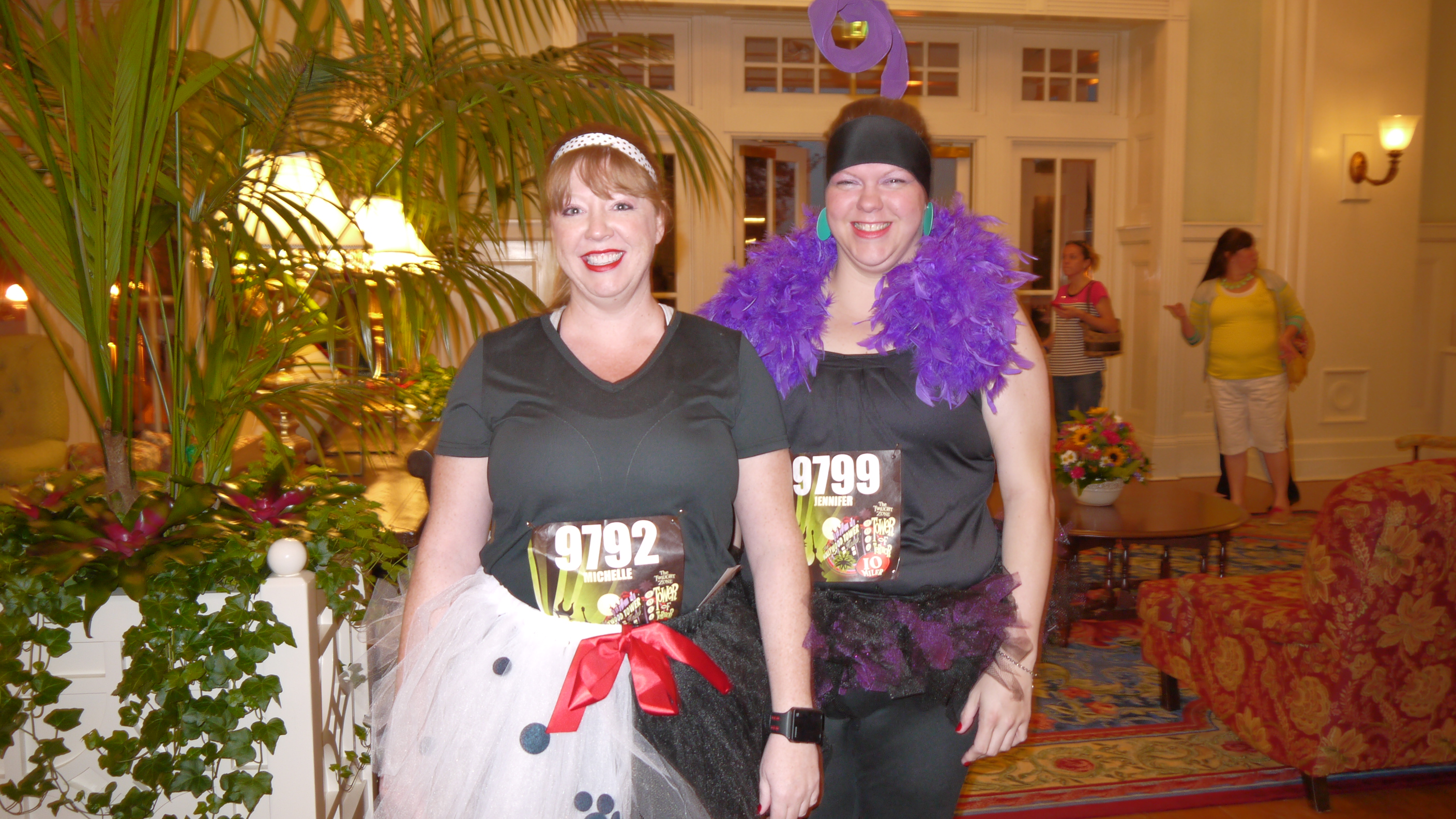 Remember a few short weeks ago when it was announced that there was a change to the costume policy at Disney Parks? This came into play at the same time other security measures were added to enhance our safety at the Happiest place on Earth. I don’t think then, with that announcement in mind, it should be any surprise that Disney announced new rules for runDisney race costumes ahead of the 2016 Walt Disney World Marathon Weekend. In reading the Orlando Sentinel, I learned more about the new rules for runDisney participants. I will admit, I have not personally had a costume that falls in line with the rule changes so I wouldn’t have had to adapt BUT I have seen many costumes that would no longer be allowed. You can still wear costumes! Do not be alarmed! It’s just that you need to be a little more careful now.

Costumes are not allowed to contain any weapons. If it resembles a weapon, you can’t have it. Apparently, toy swords and plastic light sabers are still allowed, much to the joy of the participants of the Star Wars Half Marathon Weekend! In line with that thought, there cannot be sharp or pointy objects that could injure another person. For the participants that like to wear layered costumes (I’m thinking of those light saber carriers), you are no longer allowed to wear robes and such because of the possibility of concealing items that are not allowed. No costumes that reach the ground are allowed, either. Sorry, Jedi Warriors.

I don’t know why anyone would want to run in a mask because that is way to hot for me but I run in a tutu so I guess to each their own…. except not anymore. Masks are not allowed for people  age 14 and older and participants under that age may not have their entire face covered. Eyes must also be visible.

Here are a couple of things they made clear ARE still allowed. You can still wear a cape if it waist length or above and themed tee shirts and sweatshirts etc are still permitted.

If you are one of the people that like to get dressed up, like 80% of the participants, they have not taken away all the magic. They are really just trying to keep us safe. I can appreciate that. There are 10’s of thousands of people that show up for these races and it is a little overwhelming to think about, with all that is going in the world. Thank you to Disney for thinking of us.

All is not lost for the runDisney costume world. You can still be a Princess, as long as your gown doesn’t touch the ground. There are some fab stores on Etsy that specialize in this exact thing! Tutus are still a go (I’m happy about that)! You can still show your Disney Side while showing the world your athletic ability.

There are a few more rules and, if you are interested, you can read them all on the runDisney blog HERE.

What do you think of the new rules? Will they affect your choices? Let us know what you think in the comment box below!

Michelle is an avid Disney lover and fashionista who loves to combine her two hobbies. She loves to shop and find the newest and best Disney finds to share with her fellow fashionistas! Be sure to follow her on her Facebook page and on twitter!