Thoughts of Fantasia transport me to an ethereal world of magic mayhem, technicolor centaurs and fairies, and Greek gods. Though the film often goes forgotten amongst all the Princess films and new era Pixar films, it is, by far, the most visually and aurally appealing Disney film. Mary Katrantzou, too, felt transported by the film’s Greco-Roman “Pastoral Symphony” and enchanted “Nutcracker Suite”! This week at London Fashion Week she debuted her AW 2017 collection. The collection also brings alive whimsical worlds from other Disney films, including Neverland and Wonderland. Fantasia, Peter Pan, and Alice in Wonderland are my most beloved Disney films. I am beyond smitten with this collection and mind blown that a genius designer decided to channel all three! 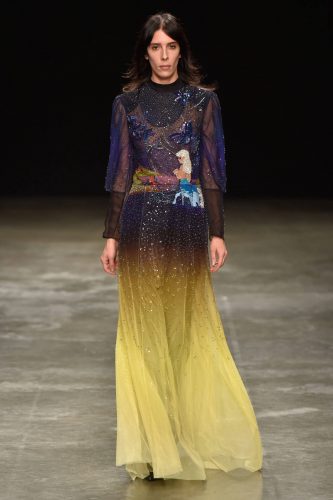 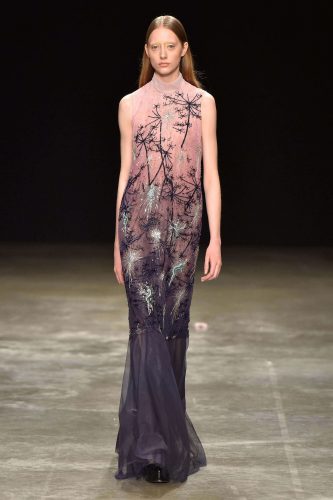 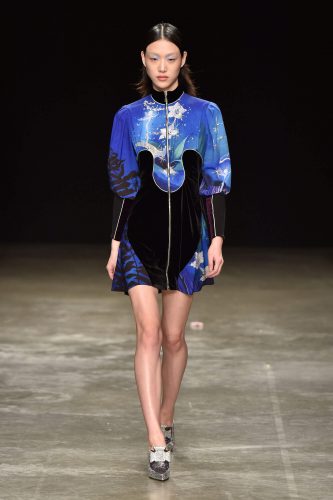 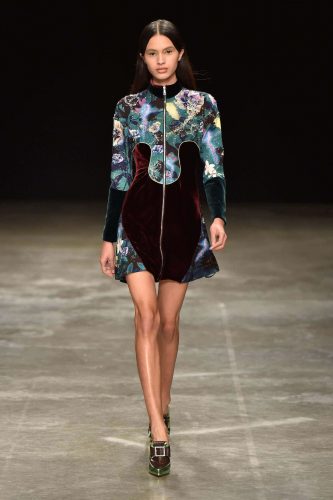 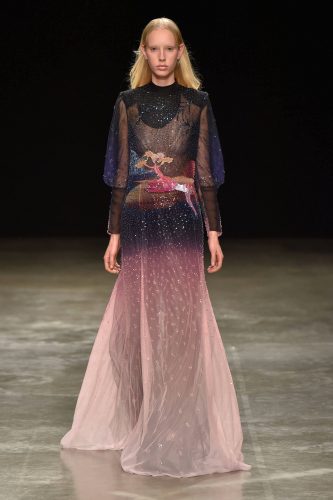 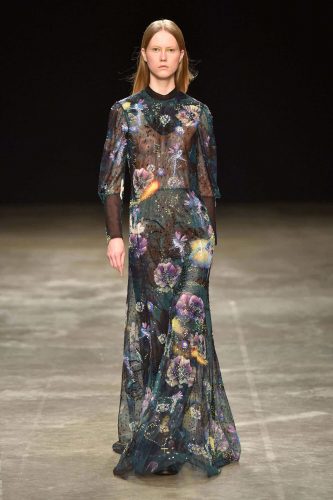 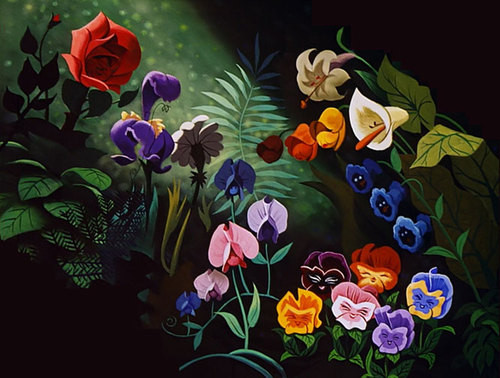 The collection features skirts, blazers, and gowns. If it wasn’t for the few pieces that feature screenshots of Neverland’s mermaids, Wonderland’s wildflower pansies, and Fantasia’s cupids, pixies and centaurettes, the collection might be unrecognizable as Disney. Shimmer brocade and beaded fringe trims further “animate” these masterpieces to honor Walt Disney’s legacy. 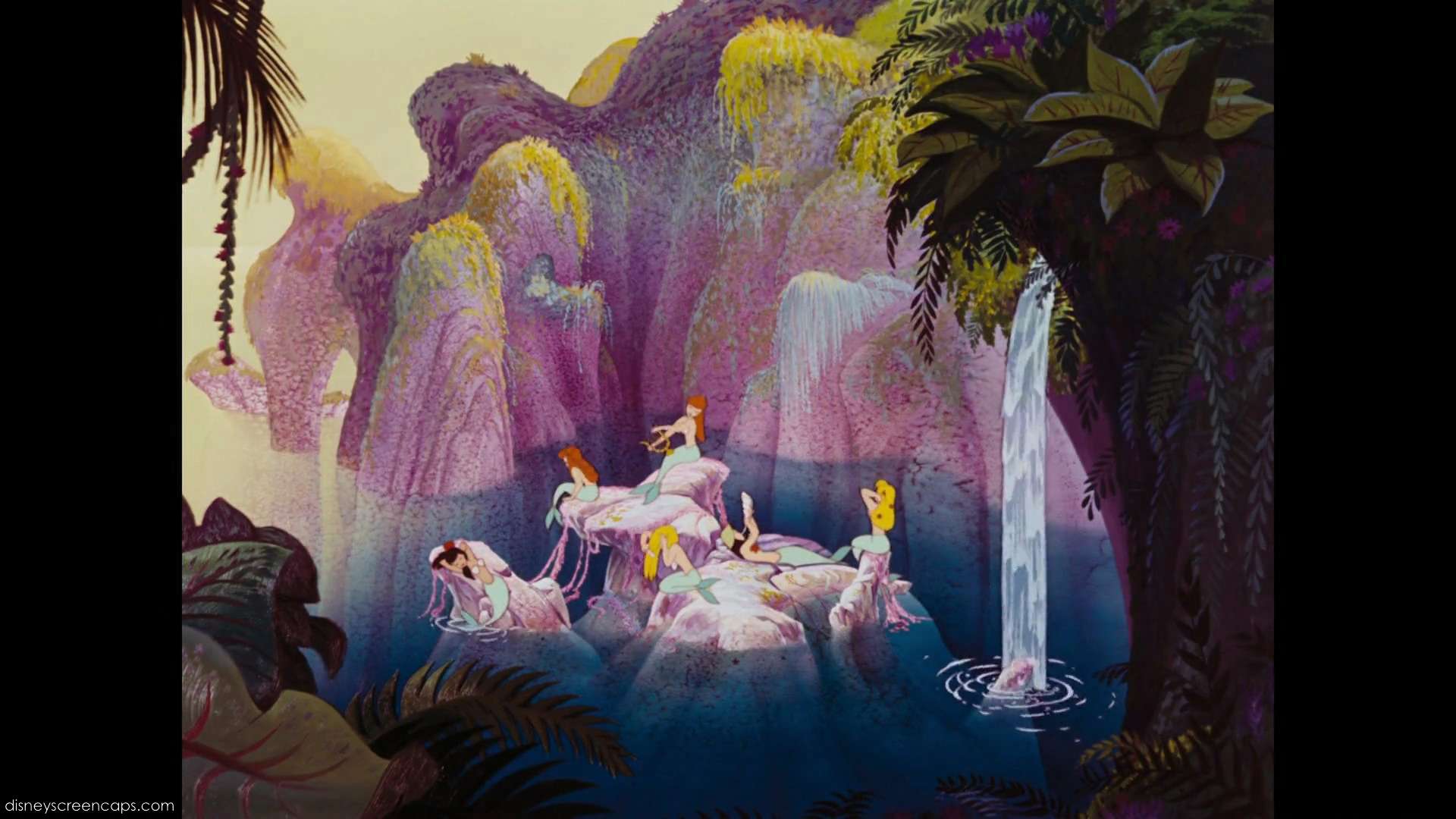 Other pieces feature Monet botanicals and water lilies, and galaxy skies – or fireworks depending on interpretation. You see, Katrantzou’s AW 2017 debut was a walking art gallery. As an ode to Fantasia‘s iconic score of Tchaikovsky and Beethoven and in true cinematic rendering, the Royal Philharmonic Orchestra serenaded models as they took to the runway. She really thought of it all!

Which pieces enchant you, Disney Fashionistas? Let us know in the comment box below! 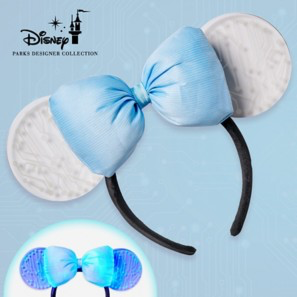 The Fabulous Karlie Kloss Ears Are Coming To ShopDisney.com 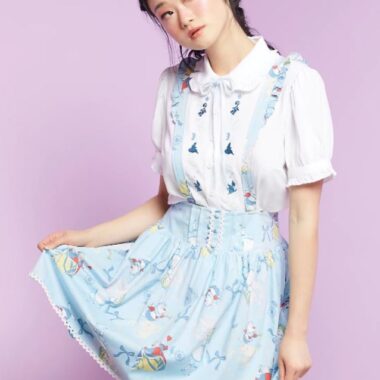 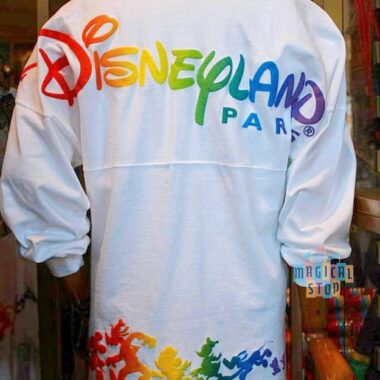 Show Your Pride With This Disneyland Paris Spirit Jersey! 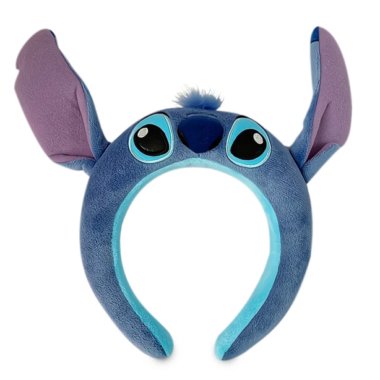 Channel Your Inner Experiment 626 With This Stitch Plush Headband!