In case you missed it, last night was the 89th Academy Awards (or in layman terms, the Oscars). The Oscars is THE biggest night of the year for the film industry, hosted at LA’s Dolby theatre. Of the award shows, it is also the most formal of the bunch. It is a high stakes night, what many actors have built their entire career to amount to, and the end of the award season road.

Historically, the Oscars is not the night that celebrities make bold fashion choices or deviate from their norm of designers and favorite aesthetics. For such a formal event, I feel celebrities play it “safe” for the event and the daring and bold choices come out at the Vanity Fair Oscars Party, where they can unwin after a stressful night and few months. You’ll see below that many of our Disney Bounding picks were from that after party.

I much prefer the Golden Globes because it is casual; celebrities get to wine and dine at their tables and thus they are more relaxed. In turn, we are treated to some speeches inspired by inebriation and off kilter unscripted fun.

What you may have missed last night: Michelle’s killer Disney Bounding Oscars party live feeds (check the FB page for archived videos), a surprise win by Emma Stone for lead actress of La La Land – and then surprise unwind by La La Land for Best Motion Picture, Kimmel’s Trump tweets that had us dropping our jaws (we’re still waiting for a follow up; did he Tweet back?!), beautiful crystal Oscar statue stage effects, and Kimmel keeping the party going with donuts and candy dropping from the ceiling as well as gifting celebrities with their own flu fix when he surprised celebrity tour bus participants by inviting them inside to hug on and shake hands with Hollywood’s elite. What you didn’t miss: snoozeworthy fashion.

Overall, it was a glamorous and fun night but we can’t help but feel underwhelmed. However, as disappointed as we were by this year’s lack of wow-worthy fashion trends of fringe and demure whites, we still hit the jackpot with Disney bounding looks! Emma Stone not only looked poised as a gilded Oscars statue, she also brought out the carpet. Magic carpet that is – not red carpet! Stone soared the Arabian nights with this Givenchy gown that had us dreaming of a magic carpet ride (little known fact: this is the first time since Audrey Hepburn that an Oscar winner has worn Givenchy). Jessica Biel’s red carpet look (RIGHT) was gilded from head to toe and looked as the hopeful Genie’s lamp. Her after-party look at the Vanity Fair Oscars party continued the metallic trend with a cape that’s almost a nod to Aladdin’s magic carpet and/or cape. Freida Pinto sparkled in a blue sequin gown featuring a high slit and cut-outs at the hip and chest. These cut-outs make us think of Stitch’s ears and fur pattern. On first glance, one might default to say Kate Bosworth was all-things Cinderella in this tulle blue ball gown. But hold up! Eat me, drink me. To me, Kate appeared more like an Alice. The black banding at the waist is the accent featured as Alice’s headband. Kate’s look is just as charming as Alice. Hailee Steinfeld and Elizabeth Banks were on the same wavelength last night. Their looks featured florals going up the back (Hailee) and embellishing the shoulders (Elizabeth). The surprise of Hailey’s back and Elizabeth’s sheer skirt make them Alice’s wildflowers to watch for. Viola Davis sizzled like Mulan’s Mushu in this fiery red/orange gown. We love how Davis is not one to shy away from color, just like Mushu is bold. Meryl wins the award for most-talked about gown..pantsuit…skirt..what was it? Simply because, well we can’t figure out WHAT it was, but because it was Meryl, well, it simply worked. Our beloved friend JKB coined a term for it: skants. Skirt + pants combo. We love it! It’s not the first time it’s been done. Back in 2015, Stone wore a Lanvin pantsuit to the Globes (but like we said above, the Globes is more casual). Streep decided to go fancasual for the night and we think she captures the put-together all-business look of 101 Dalmations’ Anita. Alicia Vikander’s forest green gown with metallic embellishment at the neck is remniscent of Merida’s green and gilded gown. Chanel Iman stepped out in this BEAUTIFUL royal blue gown that is so Dory. Continuing with the Nemo/Dory theme, Patricia Clarkson’s pink shimmer gown featured sweet ruffles that mimic the tentacles and movement of our dear Pearl. Sarah Paulson was so mod at the after party! Her look featured high shoulders, velvet material, and stark contrasting colors of black and yellow. Those accented shoulders and that asymmetrical bob remind us of Gil, who appears a tough guy that’s hard around the edges.

Disney fashionistas, what do you think? Who did it best? Who is your favorite Disney bounding look? Let us know in the comments! 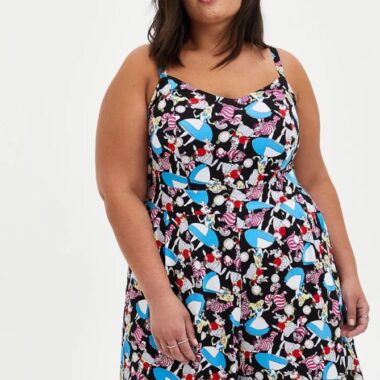 The Torrid Alice in Wonderland Collection is Curiouser and Curiouser! 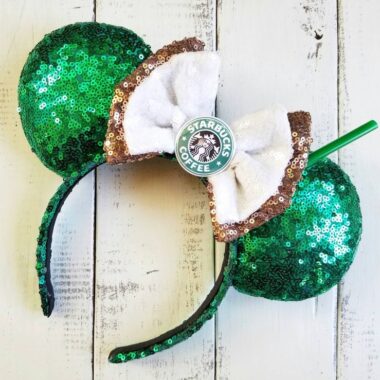 Take A Sip of These Starbucks Inspired Mouse Ears 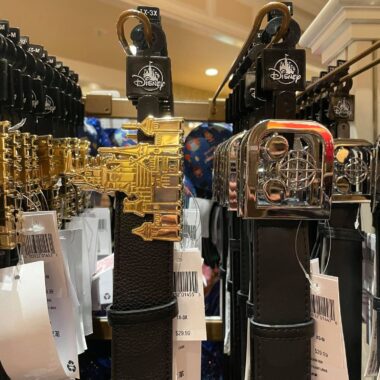 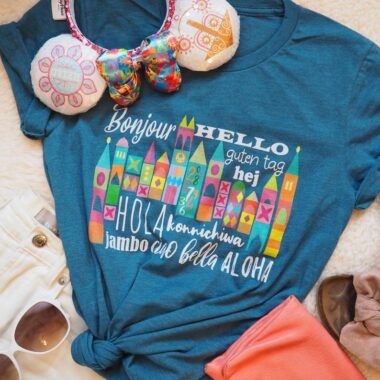