Disney Fashionista readers have always known that Disney fashion is stylish and trendy, but it seems to be growing in mainstream popularity as well. Vogue recently collaborated with Disney for a feature called Main Street Style! It showcased stylish Disney looks and park merchandise worn in all six Disney resorts! While I love being inspired by the looks other people put together, I have to admit that what really caught my attention was a preview of what appears to be a new Dooney and Bourke handbag! 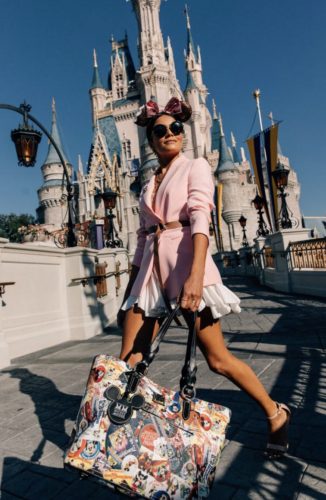 Can we just all stop for a moment and sigh over this perfect castle shot? From the clothing and accessories to the angle and lighting, this shot is #InstagramGoals! The pink and white style coordinates perfectly with the Mickey Bar ears, and the model looks chic and polished. 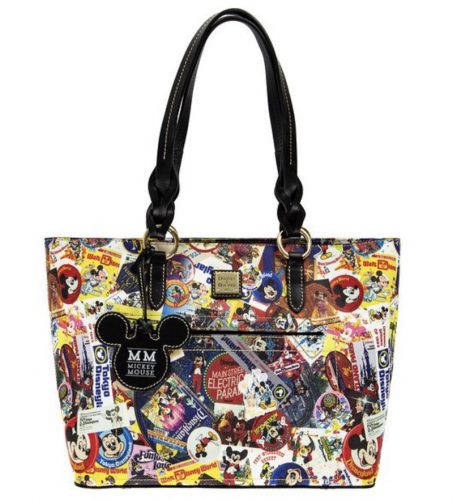 But now…on to the Dooney! This appears to be a large tote with a poster and sticker type design. Mickey Mouse is the star, and there are different pictures of him as he has appeared through the years. I also recognize a few park attractions and even a few stickers that I have received from Cast Members on different visits! That is incredibly cool! Maybe I’ll even bring myself to use those stickers now that I can get a forever version. 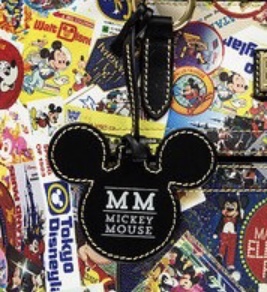 Dare I say that half my fascination with Dooney and Bourke handbags comes from the hangtag? I have two purses that I was wobbling over whether or not to buy, and the hangtag just toppled me straight into Buying Territory. This tag looks to be similar to the one that was on the Mickey Through the Years Dooney collection that was released in November. That one had Walt Disney’s quote “It was all started by a mouse” on the opposite side.  That quote certainly seems fitting for a bag dedicated to Mickey Mouse and all he has inspired!

Disney Style Around the World 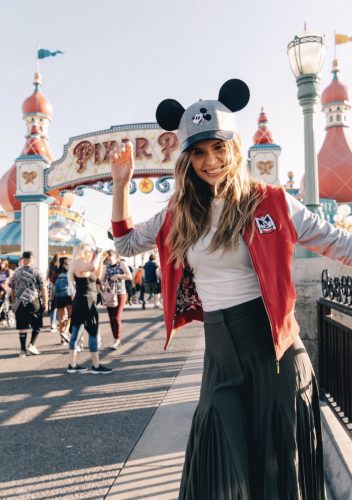 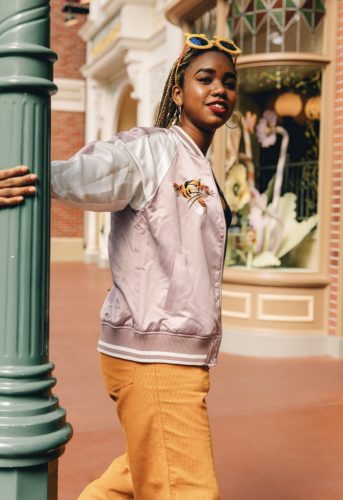 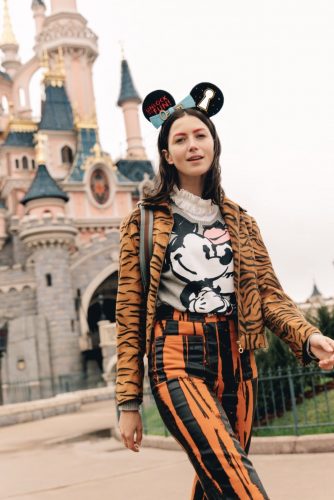 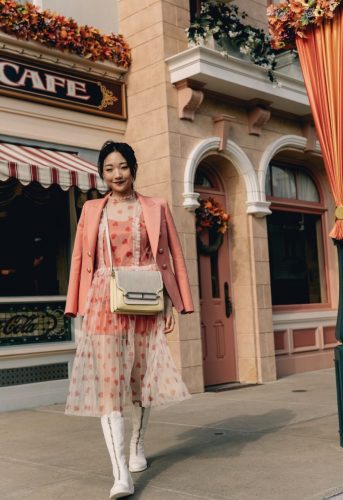 After I finished examining every inch of the new Dooney preview picture, I enjoyed scrolling through all the other styles that were showcased in the feature. I love seeing how my fellow Fashionistas flaunt their styles, and getting to see other Disney resorts was an added bonus! The above pictures were some of my favorites fashions, but you can see even more HERE. Much of the merchandise shown will be (or already is) available on ShopDisney.

Are you excited about a new Mickey Mouse inspired Dooney? And what do you think about Vogue’s Main Street Style feature? Leave us a comment and tell us where you get your fashion inspiration!

Lindsay E
Lindsay East is a teacher by day and a Disney princess by night. She enjoys visiting the parks with her husband and their two children. She is lucky enough to live close to Disney World but hasn't yet managed to move into the castle. 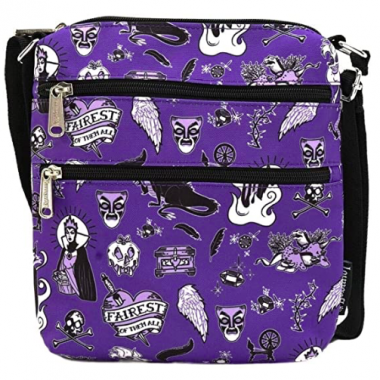 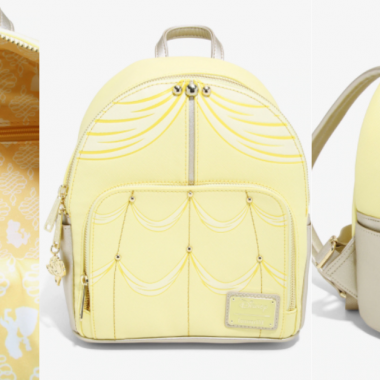 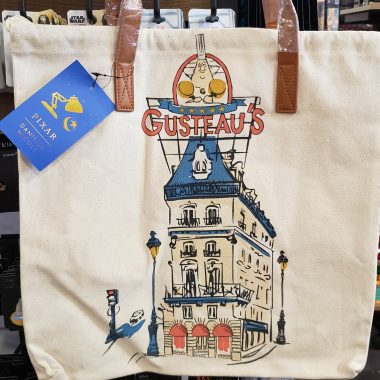 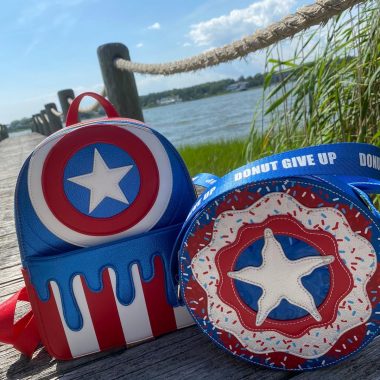 Meet the Team Get in touch Policies
We use cookies to ensure that we give you the best experience on our website. If you continue to use this site we will assume that you are happy with it.OkNoPrivacy policy